Upcoming sporting events to visit in a motorhome | Priory Rentals
Number one in the Northwest
Motorhomes: 0800 996 1444

With many sporting events on across Europe this year, hiring a motorhome is a perfect way for you to enjoy them.

If the sporting event is in many different locations then a motorhome is even better. As the action moves on then so do you. Find a place to camp, cook your own meals and enjoy the sport!

Here are some upcoming sporting events that you may want to look at hiring a motorhome for.

This year will be the final tournament of the UEFA European Under-21 Championship as after this year it will be reformatted. The tournament itself will be hosted in Poland between 16th to 30th June.

Hiring a motorhome for football tournaments become very popular amongst families who enjoy the sport as you can combine your hobby in with your family motorhome holiday.

Follow the FIFA World Cup in Russia in 2018 in a motorhome. Hiring a motorhome for a World Cup couldn’t be better, as the tournament will have different locations to host certain games. This means, depending on who you will be following at the tournament, you will be able to travel to each game in your motorhome knowing you have your accommodation already sorted each night. The tournament itself takes place between the 14 June – 15 July.

Every week there are professional Golf tournaments all around the world. There are four major tournaments are the US Open, the US PGA, the Masters and The British Open Championship. Many fans visit the tournaments and hire a motorhome so that they can benefit from home comforts and enjoy the golf.

The British Open Championship takes place between July 14th-17th 2005 at St Andrews Golf Club, home of golf. St Andrews golf course is about 40 miles from Edinburgh and presents a great opportunity to watch some of the best golf in the world amid some fantastic scenery.

With the Ryder Cup set to return to European soil in 2018 at Le Golf National, a European Tour Destination just outside of Paris, excitement is already starting to build.

The Ryder Cup Matches have evolved from a friendly set of golf matches into one of the world’s premier sporting events. It is always very popular and tickets sell very fast. Accommodation is very scarce as well and so many golf fans hire motorhomes to see the Ryder Cup and to visit the surroundings.

The 2017–18 Ashes series is a forthcoming series of Test cricket matches to be contested between England and Australia for The Ashes. The series will be played at five venues across Australia between 23 November 2017 and 8 January 2018. Although we do not allow our motorhomes to travel to Australia, you could always purchase your own motorhome as we have plenty of motorhomes for sale. This way you wouldn’t be limited to travelling to just Europe with a motorhome and depending on how many motorhome holidays you plan each year, it could be a great investment.

There are many tennis tournaments held around the world, lasting mostly for a week. There are also four rounds of Davis Cup tennis, which is an inter-nation competition. However, throughout the year, there are four ‘majors’ which last over two weeks. Many fans will stay for the whole tournament and if they hire a motorhome they enjoy a home from home.

The US Tennis Open

The US Tennis Open is held towards the end of August and beginning of September at the Arthur Ashe Stadium, Flushing Meadows, Queens, New York. Motorhome hire in the USA is the perfect way to enjoy the tournament and the New York region. For this tournament, you would need to travel in your own motorhome.

The French Tennis Open is held at Stade Roland-Garros in Paris during June. The tournament last for two weeks and many people combine a visit to France and a visit to the Tennis. Paris is a fantastic city and there are lots of beautiful places nearby. If you rent a motorhome in France then you can enjoy the tennis and the sights.

The Australian Open takes place in January and is held at Melbourne Park. Played on a hard surface The Australian Tennis Open often provides a spectacular feast of tennis and the scenery is spectacular. Motorhome hire in Australia is very popular as you can find so many places to stay and there are so many things to see. Similar to the Ashes and the US Tennis open, For this tournament, you would need to travel in your own motorhome.

The All England Tennis Club holds the most famous tennis tournament of all during July. Wimbledon is a suburb of south west London and is a great location to see some thrilling tennis as well as some of the sights of London and England. You can rent a motorhome in the UK to see the Tennis as well as touring the UK

The race takes place between the 1st July and 23rd July. A total of 198 riders from 22 teams will enter the race. Motorhome hire for the Tour de France is hugely beneficial, as you can travel to each stage of the race in your motorhome.

The 2017 Tour de France will be the 104th and as always it is one of cycling’s Grand Tours.

For rugby fans, this is a great opportunity to travel not too far to see a World Cup, as we all know how often they actually come around in Europe. This summer the Women’s Rugby World Cup is being hosted in Ireland.

The Rugby World Cup kicks off 9th August and culminates in the final on 26th August at the Kingspan Stadium in Belfast.

Hiring a motorhome for a sporting event

Hiring a motorhome for a sporting event really couldn’t be much easier. So, be sure not to miss any great sporting action this year and plan your holiday in advance.

At Priory Rentals we allow you to travel in our motorhomes across Europe to follow any sporting events. 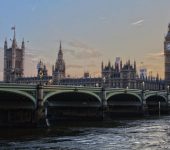 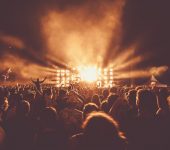 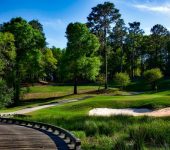 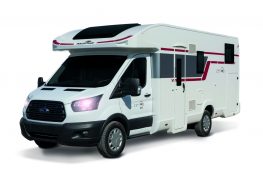