Conquer Camping this Winter | Priory Rentals
Number one in the Northwest
Motorhomes: 0800 996 1444

The festive seasons is over and now plenty of you will be planning you trips away for 2016. So Priory Rentals has put together some top tips for winter camping in the UK. The more mountainous regions hold rolling hills of snow and pine forests whilst the low lands hold misty mornings on the moors which are both themselves amazing sights to behold.

Park Away From the Site Edge

When parking on the edge of a campsite the motorhome is more open to the elements. Whereas parking more centrally would result in there being obstacles such as other campers. This then stopping the wind and high amounts of snow that said winds carry. Parking away from things such as open fields is always going to work in the best interest of the occupant within the motorhome.

Spending the night on a campsite in a motorhome can give sufficient time for the wheels to become trapped in deep snow. The salt and cat litter defends against this as much as possible.

Placing rock salt on the ground around your motorhome with a denser amount around the wheels will stop snow forming as much as it usually would. Then there is the cat litter that works by adding traction to the tires under the snow. This means that once the snow is below a certain level your tires can grip the cat litter and slowly begin to push the excess snow away.

When used together there will not only be less snow, but it will be easier to manoeuvre through the snow its self.

When you park facing east, the front of the motorhome is facing the sun. This in turn means that the ice building up on the window screen will melt away in the morning when put under direct sunlight. This avoids the task of having to scrape the ice of the window and saves running the risk of creating scratches to the window screen.

When leaving a motorhome in the morning you may need to remove some of the snow away from the entry points. The best method of doing this would be with a snow shovel. However, they are rarely treated with any form of coating and will therefore have snow sticking to the foot of the shovel. Try spraying a snow shovel with non-stick oils or pam oil to be able to stop the snow sticking to the shovel and making the whole routine a lot faster and simpler.

Use the Oven Where Possible

The motorhome oven gives off a lot of heat in comparison to the stove and microwave. Therefore when coming up with meal choices in the winter months, it would work in the favour of the occupants to use the oven and save on heating. Leaving the oven open slightly after it has been turned off will allow all of the heat inside to fill the motorhome and work as an alternative to the general heating until the oven has cooled down. This makes the most from a simple meal.

Look at our extensive range of motorhomes today for your winter retreat. 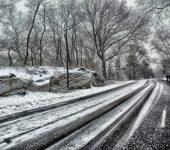 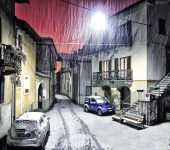 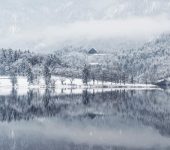 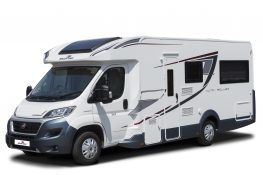